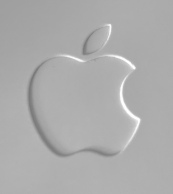 I just got my Apple Card and, while I hardly need another credit card, I thought readers might be curious what the fuss is about. After all, it’s just a credit card, right?

Right, but it has some fancy features that set it apart from the other plastic in your wallet or purse.  First, it’s scarily easy to obtain.  On my iPhone, it took under a minute to be issued the electronic card with a $9,000 spending limit available in Wallet.  That was Tuesday.  Thursday morning, a courier dropped off the physical card packaged in the sleek style of all Apple’s premium products.  The fun began even before it was out of the box!

Although my Apple Pay credit account went live in a minute, as with all physical credit cards, the Apple Card must be activated before use.  For most cards, this requires time online or a phone call where you dial or speak a lot of digits.  With the Apple Card, you just hold the colorful sleeve it comes in against your iPhone and the NFC contactless communication capability embedded in the card does the rest.

The next surprise is that the card is crafted from laser-etched titanium, giving it a striking heft and rigidity.  Hone the edge of this baby and you’re MacGyver (or Oddjob, hat in hand).  Investing so much in the aesthetics of a credit card may seem silly; but, I confess that the, well, the beauty of the card impressed me.  Is it so wrong that something we touch several times daily be pleasing?

The next surprise is what’s not on the Apple Card versus every other card: There are no numbers.  No card number.  No CID security identifier.  No expiration date.  No signature block.  Just your name, three corporate logos, a chip and a swipe strip.  Here are photos of both sides of my Apple Card, something I’d never post for a conventional card:

If you want to know the card number and CID for the Apple Card, you must retrieve them in Wallet.  That’s a genuine layer of security.  By the same token, heaven help anyone who comes across a neanderthal with a carbon charge slip (anyone remember those?) who tries to rub transfer the card number.

There are some nifty usage management features, but the major marketing hook for the Apple Card is daily cash back on purchases.  How much cash back?  I’m not entirely sure because it varies.  It seems you get three percent back for purchases made from Apple and a handful of other merchants like Walgreens and Uber.  But for the most part, the cash back percentage looks to be two percent if you pay with Apple Pay.  If a merchant isn’t set up for Apple Pay, then it appears you must use the Apple Card as a conventional MasterCard, and get just one percent cash back.  That’s about the same benefit I now get with my AmEx Membership Rewards program with (in my mind) less exposure to a whopping interest charge if I’m ever late with a payment.  Too, the AmEx offers many perks to protect my purchases and travel.  Now and then, those behind-the-scenes benefits have proven really worthwhile.   I wonder whether Apple will stand behinds its card users as reliably as AmEx?

Cash back is a splendid benefit, and beats the pants off cards that don’t offer rewards and perks.  So many cards do offer mileage benefits, club access and other rewards that it’s not easy to know which one is best.  The Apple Card carries no annual fee, making it worth a try, and if you buy a lot of Apple merchandise, that instant three percent back is a no-brainer.  Maybe the Apple Card will become my principal card; maybe not.  But, I’ll tell you one thing:  that titanium card is going to be hell to cut in half should I decide to close the account.

One last thing if it’s not already clear: Only iPhone users need apply.  An Android user might be able to finagle getting the Apple Card, but the real benefits only flow from using Apple Pay.